The big reveal is nearly here  – four new ships will be in Australian and New Zealand waters for this year’s cruise season. As a bonus, we will also be getting a first look at three recently refurbished ships.

The new season brings a crowd of new family fun ships such as Explorer Dream from Dream Cruises and the long awaited Carnival Splendor. The Green Lightning waterslide will be coming head to head with the Perfect Storm on the freshly refurbished Voyager of the Seas.

Ruby Princess will be sailing to Sydney, and CMV’s Vasco da Gama to Fremantle and Adelaide for their maiden voyages in local region and offering guests the traditional cruising experience.

The Seven Seas Navigator and Oceania’s Regatta will also be fresh from their drydock and bringing to us the intimate small ship experience.

Here is what the new ships are offering this season: The 3,080-guest Ruby Princess is making her maiden arrival in Australia in late October. She will be offering sailings from Sydney to New Zealand, the Pacific Islands, Queensland and Tasmania, ranging from three to 14-days.

The MedallionClass will be coming to Ruby Princess later in the season on January 27, 2020. The ship offers dining favourites like the Salty Dog Gastropub, Crown Grill and SHARE by Curtis Stone.

Spend the day relaxing poolside or practicing your putt on the mini course or the golf simulator, which recreates some of the world’s greatest golf courses. The ship also offers entertainment like Movies Under the Stars, The Voice of the Ocean and original musical productions at the Princess Theatre.

Ruby Princess will be leaving the region in early April 2020 and concludes the season with an eight-day New Zealand itinerary.

The Carnival Splendor will be the Carnival’s newest and largest ship homeported year-round in Australia. She is set to call Sydney home from December 2019 and sail seven, eight, nine and 10 day cruises to the South Pacific as well as shorter cruises around Australia, like Weekend Samplers to Tasmania and Moreton Island.

The 3,700-passenger ship is made for the whole family with brand new waterpark, culinary options and spa on board.

The Green Lightning waterslide towers 50 metres above the waterline, the height of the Harbour Bridge. Other highlights of the waterpark includes sister slide Twister, MiniRacer slides, splash toys and tipping buckets.

Splendor will also have an eclectic line up of new culinary options like Masala Tiger for Indian fare, handmade pizzas at Pizzeria del Capitano, New England style Seafood Shack and even the finest cuts of aged beef at Farenheit 555.

Guests can also choose to be spoiled and pampered at the first Cloud 9 spa and accommodation in Australia. The Cloud 9 Spa spans two decks and features more than a dozen treatment rooms, exclusive spa staterooms, a thermal suite and thalassotherapy pool as well as an expansive gym and fitness centre. 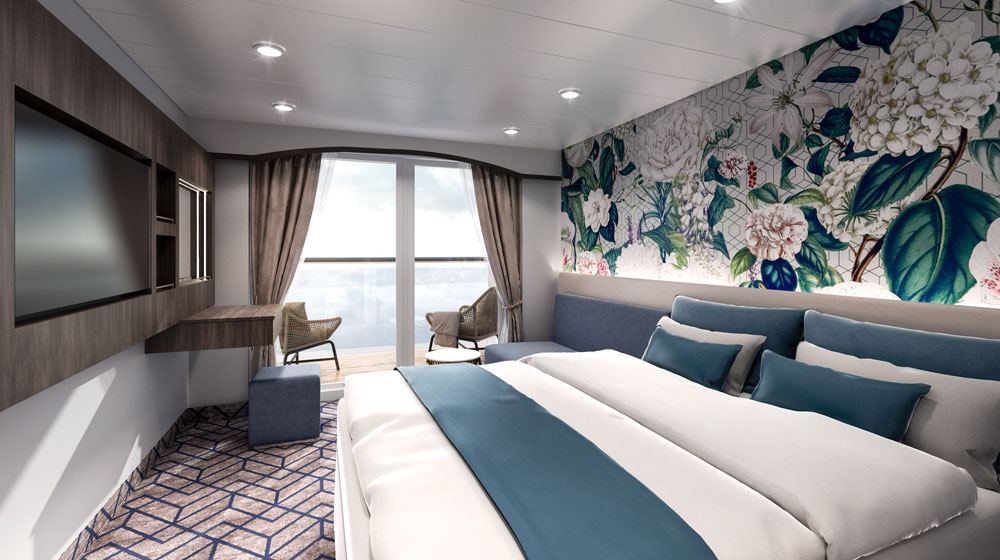 The Explorer Dream will be the first of the Dream Cruises fleet to homeport in Australia, at Sydney’s White Bay Cruise Terminal. The 1,870-passenger premium ship has facilities that cater to younger families and feature interconnecting rooms as well as waterparks with waterslides.

The ship also has luxury finishes like an exclusive VIP area called The Palace. Guests of The Palace will have butlers, fine dining options, including Australian celebrity chef Mark Best’s Seafood Grill restaurant. There is also a wide range of specialty restaurants and café’s as wells as facilities like the Parthenon Pool, the SportsPlex, Spa and the Zodiac Theatre.

The ship was formerly the Superstar Virgo and the third in the Dream Cruises fleet. Explorer Dream was just relaunched in April this year following its extensive refit.

The line will be replacing Astor with their newest ship the Vasco da Gama, to sail Fremantle and Adelaide this 2019/20 summer. The 1,200-passenger ship, which was formerly P&O Australia’s Pacific Eden, emerged from her drydock in April this year.

The ship has contemporary décor and will be offering a more traditional cruise experience. Vasco da Gama also has an expanded food selection compared with her sister-ships, including British cuisine with a twist, The Club Bistro, Asian and Mediterranean cuisine. There are also specialty restaurants like The Grill and Chef’s Table.

Vasco da Gama also has various entertainment on board such as comedians and guests speakers. They also have three themed cruises: a gin-themed cruise, collaboration with Fringe World as well as a Military History Cruise, where there will be experts sharing their knowledge with guests.

She will be sailing from Auckland on November 27 and Sydney on December 1 before starting her homeport in Adelaide (December 6 to January 6) and Fremantle (January 13 to February 20).

Her itineraries include weekend cruises, Tasmanian Explorer, South Australian Icons, Treasures of the Northwest as well as Southeast Asian sailings.

Voyager of the Seas – Royal Caribbean The ship will be coming to Australia after a $138 million refurbishment. She will be homeported in Sydney and sailing nine to 12-night itineraries from November 30. The ship will feature new facilities for family fun, waterslides, spa and wellness and a their new mobile app.

Voyager will have a new glow-in-the-dark laser tag course called Battle for Planet Z. The kids club is also redesigned to have a dedicated nursery, a Adventure Open club for kids and a teen hangout with a special outdoor deck.

The Perfect Storm waterslides will also be newly added, featuring the Typhoon and Cyclone duo. The ship is also ready to entertain with ice skating shows, broadway style numbers and more.

Guests can also explore the ship and plan their daily activities with the new Royal Caribbean International mobile app on board Voyager of the Seas.

The ship will be here from November 2019 to April 2020, with 19 local sailings to South Pacific & Australian destinations, including two repositioning cruises between Singapore and Sydney.

The Regatta will be refurbished in September 2019 as part of OceaniaNEXT before reaching Australian waters on December 4. She will be on a San Francisco to Sydney sailing which stops as Brisbane before concluding in Sydney on December 6. The ship will be sailing a series of itineraries from Sydney to Bali, Auckland and Papeete before leaving the region on February 17 from Auckland.

All the suites and staterooms will be brand new on the 684-passenger ship. The public spaces will also be refreshed with a colour palette of soft sea and sky tones to give the ships a more contemporary and elegant feel. Cruise Passenger’s review of the revamp of sister ship Insignia, found the new décor to be stylish and the colours of the carpets and soft furnishings lighter, muted and classic.

The new furnishings in the dining venues were also outstanding and serve as a perfect background for ‘the finest cuisine at sea’.

The Seven Seas Navigator emerged from her two-week refurbishment in June and Australians will be getting a first look at the enhancements on board as she heads to local waters. The 490-passenger ship is perfect for someone looking for an intimate luxury experience. The refreshed ship offers new décor in restaurants like American steakhouse, Prime 7, new furnishings in public spaces like the Stars Lounge, new Italian marble floor in the Atrium and a spa that is updated with light tones and a expanded beauty salon.

The ship enters Australian waters on the 20th January when she ports in Brisbane before she heads to Sydney on the 23rd January. Her itineraries include a 16-night sailing to Bali, 20-night sailing from Bali back to Sydney or the option to make it a Sydney roundtrip. In February 28, Navigator will depart Sydney for Auckland on a 14-night sailing or a 29-night extended sailing that continues to Papeete. She will leave the region on the 13th March 2020 from Auckland.