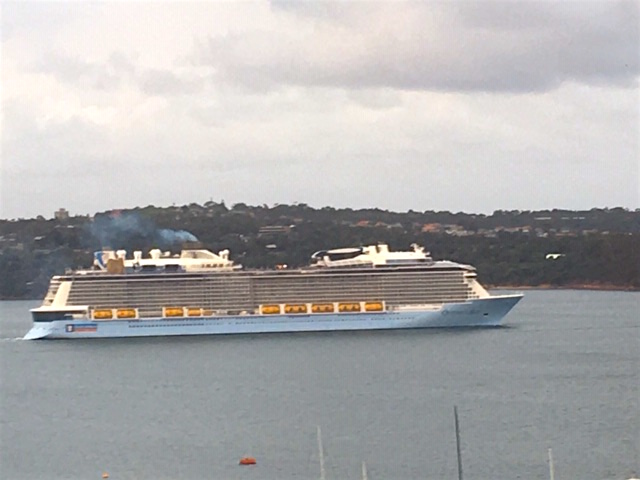 According to ABC and other news outlets, Garry Kirstenfield contracted the virus aboard the ship and was in the intensive care unit in Toowoomba Hospital. He died this afternoon.

“The 68 year old man had a serious underlying medical condition before contracting the virus, Queensland Health offers its sincere condolences to his family,” the statement said.

“The man’s family remain in isolation as close contacts.”

Royal Caribbean today extended its suspension of sailings to May 12 – the start of what may well be a number of extensions.

“Given global public health circumstances, Royal Caribbean Cruises Ltd. has decided to extend the suspension of sailings of our global fleet,” the line’s Miami headquarters reported in a statement.

“We are working with our guests to address this disruption to their vacations, and we are genuinely sorry for their inconvenience. We are also working with our crew to sort out the issues this decision presents for them.

According to an ABC report, passengers on Ovation of the Seas were assured in writing by NSW Health officials, and verbally while on the vessel, that they did not need to go into self-quarantine.

Cruise Passenger has sought a comment from Royal Caribbean.

The news of the death follows a growing row over how cruise ship disembarkations are being handled.

Border Protection and NSW Health are at loggerheads over the disembarkation of passengers from Ruby Princess last week. A women in her seventies has died after leaving the ship.