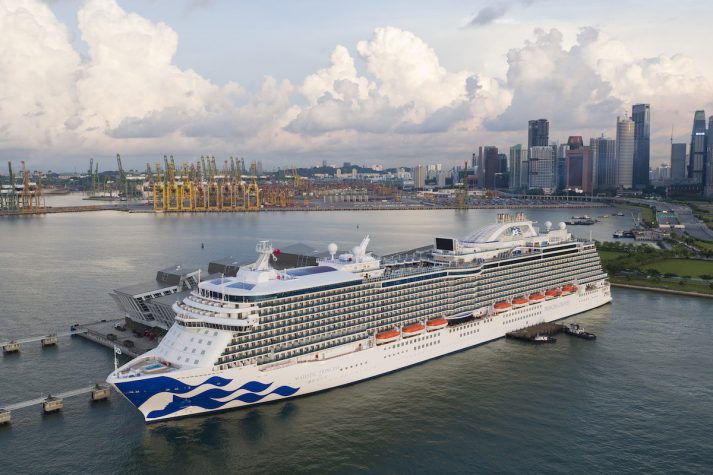 Princess sails to a record as Australians book 2020

Itineraries announced for cruises as far out as two years are going so fast that some are already “sold out”.

Princess Cruises released its 2019/20 itineraries on Wednesday to Elite clients and Thursday to the general public – and already, some cruisers have names against almost every cabin.

“Sounds crazy to be talking about cruises departing in 2020 that are almost close to being full, but I think this trend of people booking earlier and earlier is continuing – particularly unique itineraries of which we have lots,” said a delighted Stuart Allison, Senior Vice President, Asia Pacific Commercial & Operations at Princess Cruises
Princess Cruises Facebook pages have filled with passengers celebrating bookings or bemoaning missing out on registrations.

A 55-day cruise from Adelaide and Fremantle to Africa aboard the Sun Princess, for instance, has been the subject of huge demand and is almost gone. So are cruises to Fiji and New Zealand from that port.

Journeys out of Brisbane are also selling fast.

“I would certainly say my colleagues are sick of my celebrating our massive launch days, but this has been another day of exceeding expectations, “ said Mr Allison.

“Adelaide to Africa has blown me away. Generally, the cruises out of Adelaide have gone very well. Fiji and New Zealand we’re very pleased with.”

Mr Allison cautiously maintained that, while on paper ships are sold out, there may be some duplicate bookings which would mean a few cabins will free up.

But he added: “If you’re not on the wait-list, you might not get on at all.”

The almost new Majestic Princess is on her inaugural season this year, and again few cabins remain for her sailing.

He continued: “Interest has been huge on The Majestic Princess to Asia and out of Brisbane, the first cruise south has started well, and the Ruby Princess repositioning is also going well.

“It continues to give us great hope for the Australian market if we could bring more ships.”

Barry Downs of award-winning Bicton Travel in Perth said: “We have had a record breaking 24 hours in terms of bookings for Princess Cruises’ 2019/20 season.

“Specifically, the most popular cruise which has been snapped up is the 46-night Fremantle return to Africa.

“The cruise line brings it back every three years and it generates a lot of excitement.

“Princess Cruises has a strong brand position in Australia, especially in Western Australia. We find our clients are extremely loyal, are picky about their cabin and the position of their cabin on the ship.

“At a pre-release presentation that we held earlier this week, we had 150 turn up to find out about Princess’ itineraries. In terms of the popular shorter itineraries, the new Adelaide cruises have also sold very well, and the Brisbane to Tasmania route has also generated lots of interest.

“My tip for people who have missed out is to get on the waitlist. Lots of people book with two or three agents and when the cruise line starts to realise this, within 24-48 hours, the line will then release more cabins.”