La Mer, by distinguished French chef Emmanuel Renaut, will be making its debut on Sky Princess as she sails her inaugural Caribbean season in December this year.

The restaurant had its first run on Majestic Princess, which was based in China before coming to Australia for the summer season, and has received rave reviews internationally says Princess.

“The new La Mer dishes I’ve designed for Sky Princess are inspired to satisfy every palate by bringing retro French classics and blending favourite ingredients with fresh and unique touches to make each dish memorable.” 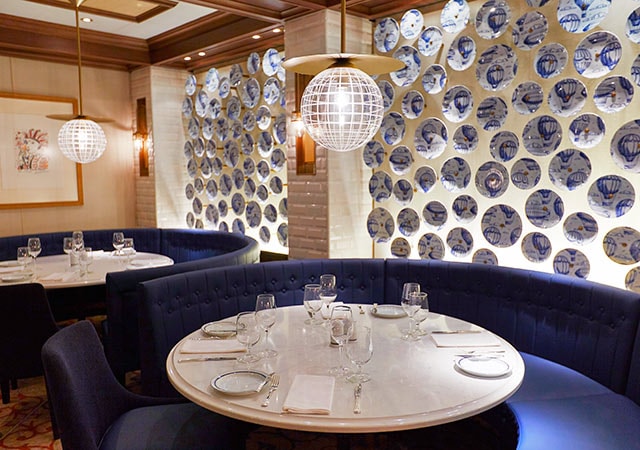 La Mer offers casual, French bistro-style dining with a modern twist inspired by the flavours and feeling of the French Alps and contrasts from the ocean.

The specialty restaurant will be located in the Sky Princess atrium and will carry a cover charge of $35 per person.

This specialty restaurant will also debut on board the cruise line’s next new ship, Enchanted Princess, in summer 2020.

“It’s been an honour to collaborate with Chef Renaut again to develop a fresh and new menu for La Mer on Sky Princess and showcase his authentically crafted French dishes for the first time to our North American guests,” said Rai Caluori, Executive Vice President of Guest Experience and Product Development at Princess Cruises.

“Chef Renaut’s culinary artistry and passion to deliver an unforgettable French dining experience at La Mer will be savored by each Sky Princess guest who delights in his exquisite fresh dishes.”

He also holds the prestigious title “Meilleur Ouvrier de France” (MOF) which translates to One of the Best Craftsmen of France.

A sampling of Sky Princess La Mer menu offerings include:

Boasting Chef Renaut’s flair on classic French dishes, a tender filet mignon cooked to perfection and served alongside hand-cut frites is a classic pairing that never ceases to satisfy every craving.

Chef Renaut was inspired to bring this dish back to its origins by adding lobster morsels, as it was usually always served with crawfish tails. Chef Renaut placed his own twist and replaced the crawfish with tender lobster.

Mont Blanc is a chestnut, classic French dessert and was inspired by the French Alps, the highest peak in Europe, a majestic view Chef Renaut enjoys every day from the outside deck of Flocons de Sel in Megève, France.