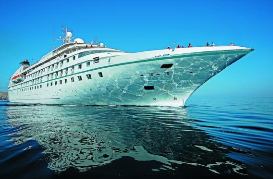 Windstar to sail Asia and Arabia

Windstar Cruises will make its debut in Southeast Asia and Arabia next year.

The ship’s brand new yacht, Star Pride will be used on the inaugural Southeast Asia and Arabia season. It will commence on 30 October 2014 and feature five itineraries in the region.

The Pearls of the Indian Ocean is a 15-day voyage from Dubai, UAE to Singapore. It includes visits in Mumbai, Phuket, Penang and Cochin.

Windstar Cruises chief executive Hans Birkholz said it will be the line’s first journey outside of Europe, the Caribbean and South Pacific.

He said: “There are tremendous experiences to be had from the ancient cliff city of Petra to the colourful Ho Chi Minh City.”

Windstar says cruisers are recognizing the company’s commitment to product adjustment, which over the past few years included the introduction of new power yachts, fleet-wide renovations and new global itineraries.

The line’s chief executive Hans Birkholz said:“We are proud to have our unique itineraries, personalised service, and private yacht style cruising recognised by our loyal cruisers.

“Our teams both onboard and onshore continually strive to create the best small ship experience for our guests.

Think Windstar is one of the best cruise lines? Let us know by voting in this year’s Cruise Passenger Readers’ Choice Awards.