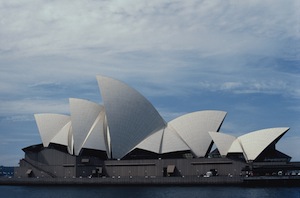 A new report reveals the number of Australians taking to the seas is still on the up and up.

According to a recent report from the International Cruise Council Australia (ICCA), Australian cruise numbers reached a record high in 2011. A 34 per cent rise, in fact, with a total of 623, 294 people enjoying cruises locally and abroad.

All other major international markets floundered in comparison, with the US reporting a 4 per cent rise and the UK 5 per cent. And most Aussie cruisers are opting for local ocean stints, with Australia, New Zealand and South Pacific cruises accounting for 70 per cent of cruise passenger numbers.

And where are all these cruisers coming from? New South Wales is home to 40 per cent of the nation’s cruisers, while 24 per cent live in Queensland. Following on are Victoria with 16 per cent and Western Australia at 9 per cent.

Gavin Smith, chairman of the ICCA, said the figures establish the cruise industry’s status as the star performer of Australia’s tourism industry.

“While other industries have waivered in these tough economic times, cruising has continued to expand, with its popularity in Australia growing significantly year-on-year,” he said.

Smith said the increase is likely to be due to the broadening range of cruise ships available locally and overseas, as well as heightened awareness of the value of cruise holidays ­– such as all-inclusive fares covering transport, accommodation and meals.

“Every year we are seeing more cruise ships based in Australia and more ships visiting our shores, taking the profile of cruising to new heights and prompting an unprecedented number of Australians to take to the seas for their holidays,” he said.

According to the report, the number of Australians taking a cruise has almost tripled over the past five years.

* 2.7 per cent of the nation took a cruise in 2011 (placing Australia second in the world in term of market penetration).

* Australians cruising to New Zealand increased by 80 per cent in 2011, reaching 84,013, a likely reflection of the increase in the number of trans-Tasman cruises.

* The South Pacific lured 37 per cent, a total of 230,321 passengers, thereby continuing its reign as the most popular cruise destination for Australians.